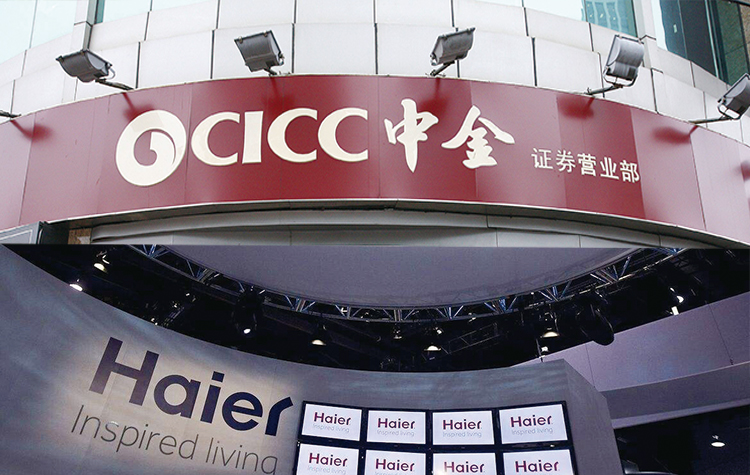 The deal marks another step forward in Haier Financial’s move to develop its financial capabilities, having set up and invested in numerous companies that provide services such as financial leasing, microfinancing, advisory and investment services.

Haier Group and CICC go back a long way having cooperated in areas such as financial advisory, cross-border mergers and acquisitions for more than 10 years, with the latter even helping the former to go public in Germany last October.

The deal will allow Haier to utilize CICC’s multiple financial licenses as well as its expertise in overseas listings and underwriting to achieve its industrial finance goals and strategies.

Other companies that have taken a stake in CICC also include Alibaba Group and Tencent Holdings, two companies that are also looking to further develop their financial capabilities.