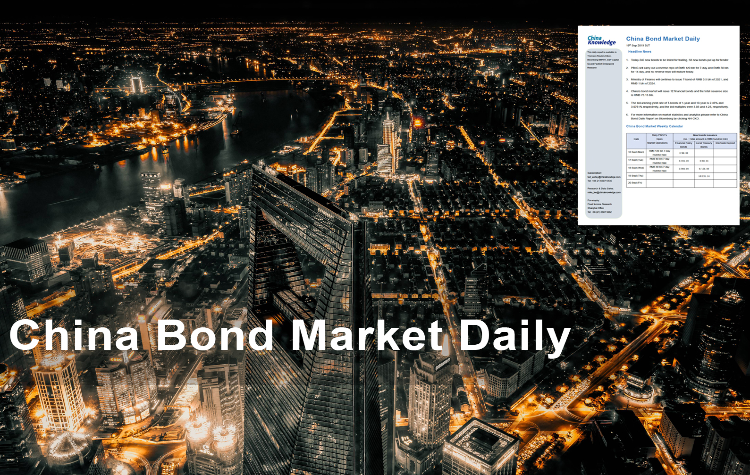 Today 230 new bonds to be listed for trading, 36 new bonds put up for tender.

PBoC says the banking system’s liquidity is at reasonably level，it will not carry out reverse repo, and no reverse repo will come due today.

T-bond futures opened with 10-year and 5-year contracts equal to the quoted prices.

CBIRC has approved China Merchants Bank Financial Leasing to issue not more than RMB 2 bln Tier-2 capital bonds to be included in its supplementary capital. It has been nearly two years since the last financial leasing company was granted.

PBoC announced that it has carried out its sixth round of central bank note swap (CBS) in 2019 of total amount of RMB 6 bln, with 3-month term.