Jan 10, 2020 (China Knowledge) - With only a few days left before a U.S.-China trade deal is due to be signed, the U.S’s demand for China to double its imports of American farm products this year might be a challenge due to bulk Chinese purchases of Brazilian soybeans.

U.S. President Donald Trump has touted the prospect of China buying $40 billion in U.S. farm products in 2020 as a pillar of the “Phase 1” agreement. But Chinese forward bulk purchases of Brazilian soybeans, of about 800,000 tonnes, are raising doubts Chinese buyers will have an appetite for vast supplies of U.S. soybeans once the deal is done.

No details about the targeted $40 billion shopping list have been published, and China has not confirmed any purchase commitment.

China will continue to improve the administration of tariff quotas for wheat, corn, and soybeans in accordance with World Trade Organization (WTO) commitments, and will try to make full use of quotas, Gao Feng, a spokesman at China’s commerce ministry, said on Thursday. China could still expand agricultural imports from the United States, he said.

Even so, market observers question whether the United States’ $40 billion goal can be reached without large volumes of a wide array of goods.

Chinese import of most U.S. farm goods in recent weeks has remained well below the levels prior to the trade war, including soybeans, the top U.S. farm export. Soybean purchase commitments stood at about 11 million tonnes as of Dec. 26, compared with 24.5 million tonnes at one point in 2017, according to the latest U.S. Department of Agriculture (USDA) data.

U.S. pork exports have also been rising to record highs late last year due to the outbreaks of African swine fever, wiping away half of China’s domestic hog herd. Should the recent pace of U.S. pork sales continues, it could put annual purchases at around $2 billion. China’s demand for meat to supplement its pork shortage could eventually boost annual buying to between $1 billion and $2 billion, according to analysts.

Chinese consultancy JCI laid out its vision for fulfilling the $40 billion target by projecting record-shattering imports of nearly every importable farm commodity, some at prices well above current levels. But the group said its projections hinged on factors like favorable prices and quality for China.

“It is more likely for China to hit this annual target over the next three to five years rather than over the next two years,” said Arun Sundaram, equity analyst with CFRA Research, who is projecting Chinese purchases of U.S. farm products at $15 billion to $20 billion this year.

The large imports from the U.S will depend on how credible is Trump’s administration in next week’s negotiation, and how President Trump is to leverage this trade deal in favor of his next term election. 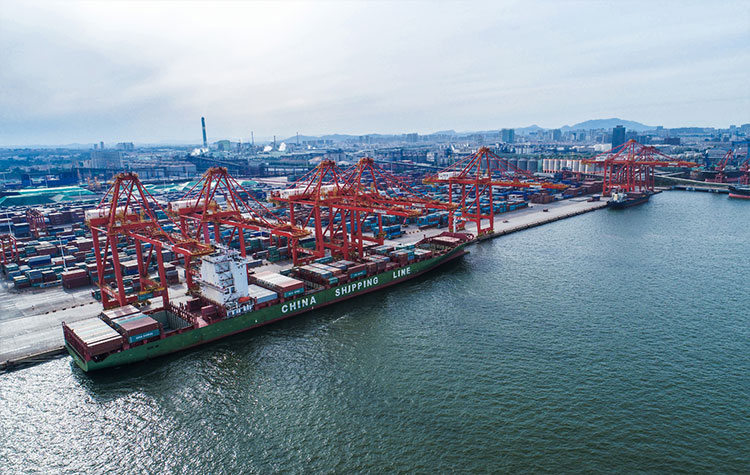