China and U.S. to power 6% global growth in 2021, China to lead among major economies 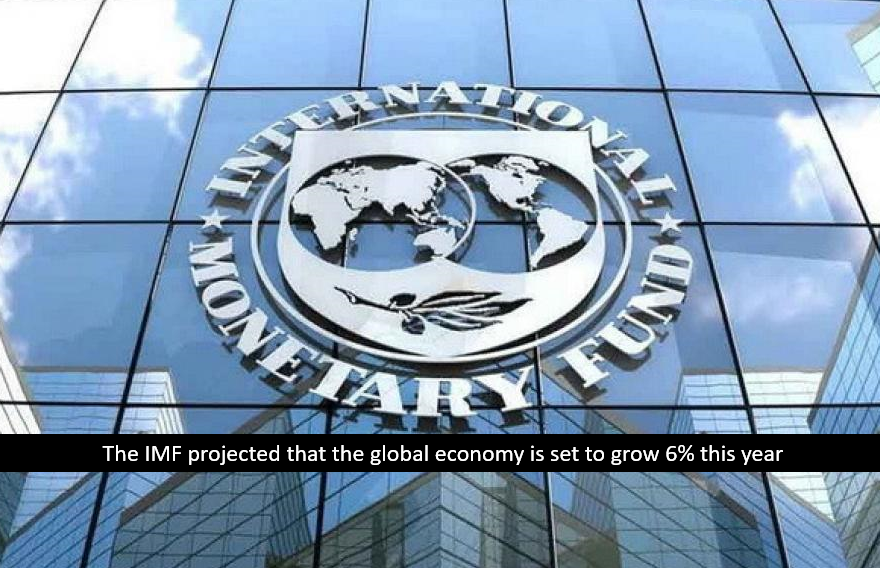 Apr 07, 2021 (China Knowledge) - In the International Monetary Fund (IMF) updated outlook report yesterday, the IMF projected that the global economy is set to grow 6% this year thanks to progress with coronavirus vaccinations and additional fiscal support in the U.S.

The IMF said the 6% figure is a 0.5% increase the January forecast, and a reversal from an estimated 3.3% decline for 2020. Meanwhile, global gross domestic product is expected to expand 4.4% in 2022, up from the previous prediction of 4.2%.

China will be a key engine in Asia this year, with GDP now poised to rise 8.4%, reflecting a 0.3% increase in projections, due to an improving external environment. China is the only major economy that grew in 2020 at 2.3%.

"This makes the United States the only large economy projected to surpass the level of GDP it was forecast to have in 2022 in the absence of this pandemic," wrote in an article on the IMF Blog, accompanying the release of the forecasts.

According to Chief Economist Gita Gopinath, the improved global outlook is mostly due to improvements for advanced economies. Many developing countries are not expected to return to pre-COVID levels of GDP growth until well into 2023.

Gopinath said that the recovery speed is linked to the large differences in the pace of vaccine rollout, the extent of economic policy support, and structural factors such as reliance on tourism.

The report also added that output losses have been particularly large for countries that rely on tourism and commodity exports, and for those with limited policy space to respond.

Emerging and developing Asia, which includes China and India, is expected to record faster economic growth than other regions in both 2021 (8.6%) and 2022 (6.0%).

However, risks still remain. India set a record for daily COVID-19 infections on Monday which Gopinath said is not reflected in the latest forecast and poses downside risks.

As for China, Gopinath mentioned that its strong recovery is largely driven by public spending but private consumption is still lagging and that China's fiscal policies should work towards supporting the recovery of the private sector as opposed to the public sector.

The IMF cautioned that its estimates hinge on vaccine effectiveness and the extent of inoculations worldwide. Vaccination progress and new virus variants can lead to a change in its forecast.

Gopinath also observed that without the swift policy support implemented last year, the situation could have been up to three times worse. Currently, medium-term losses are expected to be smaller than after the 2008 global financial crisis.

Nevertheless, IMF says that the economic downturn, may have caused an additional 95 million people to enter the ranks of the extreme poor in 2020, compared with pre-pandemic projections, especially in low-income countries.