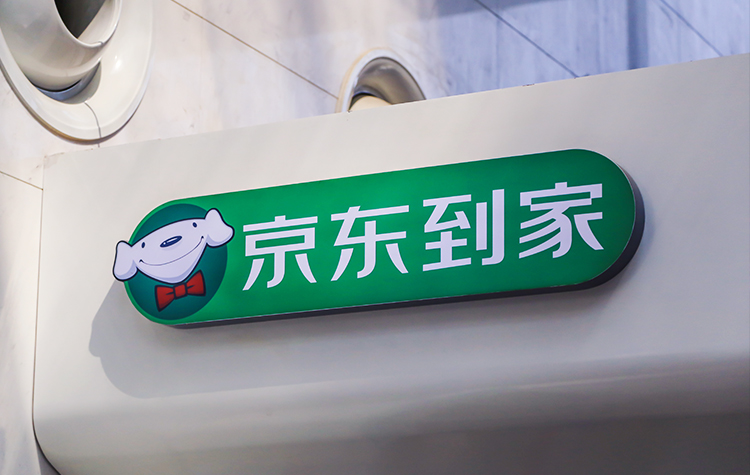 Nov 12, 2018 (China Knowledge) - Sales for e-commerce platform JD Daojia between 10th November and 11th November, this year, has tripled compared to last year during the Singles' Day, aka double 11, sale weekend, fueled by the company's promise of delivering goods purchased on its platform to its users within 1 hour.

Dada-JD Daojia's CEO, Kuai Jiaqi, has said that the company aims to further digitalize more than 50% of the retail outlets listing on its platform and include them into the company's 1-hour delivery system. Empowering retail stores, deepening its retail channels and product development are the company's three main guiding strategies as it expands.

As the company continues to develop its online-to-offline (O2O) platform; it hopes to empower retailers on 5 fronts, traffic, conversion, products, storefront and user experience. Thus, laying the foundation for traditional retailer for digitalization, getting high conversions from its online platform while also maintaining their offline operations.

For this year's double-11 festival, the company has helped more than 100,000 stores in their digital transformation and has brought its 1-hour delivery system to more than 63 cities in China through this partnership.

According to the company's statistics, Wal-Mart took the lead in this year's double-11 sale festival with sales from its platform increasing 4-fold. Yonghui Supermarket's sales doubled while Aeon's sales were by 2.5 times more than last year. Xianfeng Fruits and Baiguoyuan took the lead in fresh fruits retail segment increasing sales by 3 times and 2 time respectively. In the drugs segment, the People's Pharmacy and Yifeng Pharmacy's sales went up by 2-fold and 1.5-fold respectively.

JD Daojia has expanded rapidly after partnering with retail giants Carrefour back in October. Subsequently, the company launched an audacious plan of developing real-time shopping experience for all categories for its users. Hence, it has seen sales across all categories increasing substantially. Sales of daily necessities increased by 5 times, health supplements by 2.5 times and bakery products by 3 times. Home décor and accessories took the lead this year, increasing by 5.5 times.

By volume, fresh produce took the lion's share during this year's sales event. Fresh produce retailers such as Xianfeng Fruits and Baiguoyuan managed to appeal to customers due to their wide range of products. In the health and medical supplements sphere, JD-Daojia has managed to enter partnerships with more than 90% of the country’s health and medical supplements chains with more than 15,000 of these stores already listed on its platform.

In addition, other retail giants such as Watsons and Wanning went online on JD Daojia's platform greatly increasing the availability of high-quality cosmetic products available on its platform. The arrival of these giants pushed cosmetics to become the fastest growing product segment during the festival.

The company has expressed determination to continue to work on its product development, working with retailers in the maternity products, seafood and beverage segments to bring greater choice to its users as the company works towards becoming a one-stop all-in-one e-commerce platform.

During this year's double-11 festival, second-tier and third-tier cities such as Zhuhai, Mian Yang and Huizhou saw the highest sales growth rates, surpassing the country's first tier cities. As internet penetration increases in China, and income in the country's tier 3 and 4 cities catches up to its tier 1 and 2 cities, residents from the country's lower tiered cities have started to have an increasing preference for higher quality goods. This new group of shoppers will become a major engine for growth for e-commerce companies in the future.

This year, JD Daojia announced its plans to further expand its retail and supply networks and channel. The company aims to expand into China's third and fourth tier cities next year, and will look to work with regional giants such as BBK, RenRenYue and China Merchants to develop a local sales, marketing and on-boarding strategy.

Using the company's recent push into Guizhou as an example, where it cooperated with major brands in the region, bringing them online onto their platform for the double-11 festival. The move by these companies sparked a major wave of new partnerships with JD Daojia, helping them to find success in the country's tier 2 and 3 cities.

Dada-JD Daojia is one of China's top on-demand logistics and online to offline (O2O) e-commerce platform. Dada itself serves more than 1.2 million merchants and has 50 million users. JD Daojia has more than 60 million registered users with 30 million monthly active users across 63 major cities in China. Walmart and JD.com both invested USD 500 million into the company in August this year.